Is your question
not answered
anywhere in
these FAQ?
Ask Candice!

How do you choose your characters names? 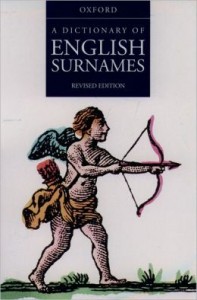 Sometimes the name just comes to me. Sometimes I actively search them out. I have several books I use to help me choose names. For first names I use the Wordsworth Dictionary of First Names, as well as Naming Through the Ages, and the Writer’s Digest Character Naming Sourcebook (which was written by author Sherrilyn Kenyon). Main characters generally get simple, common first names. An unusual first name can make a bold statement about a character, and I haven’t yet found a hero or heroine who needed one. I will, though, use an unusual or quirky Dickensian name for a minor charcater. For last names, the resource I most often use is A Dictionary of English Surnames. I try to pick last names that go well with the first names, and also try not to have too many characters whose names begin with the same letter. If I need to name a new character, I look at my character list and then will decide, for example, that I haven’t used a surname beginning with M, so I look up M names and try to find a good one.

For titles (eg Lord SoAndSo), I use place name books, since most English titles were/are associated with a place. But I won’t use a county or town name that is well known, like Devonshire or Kent or Bath. Occasionally I will simply make up a title based on no particular place. Like Lord Thayne in Just One of Those Flings. I knew he would be called by his title and I wanted a strong, one-syllable title for him. So I just made it up. Lord Rochdale in Lady Be Bad was a special situation. You can read about how I chose his name on the Behind the Scenes page for that book.

Naming is a very serious business for me. I usually set aside a full day at the beginning of a project just for naming characters. I will even make a list of potential minor characters, like the hero’s friends or the heroine’s suitors or the hostesses of balls, etc. That way, when I need a name, I already have a list and just grab one.

This FAQ is featured in: About Writing