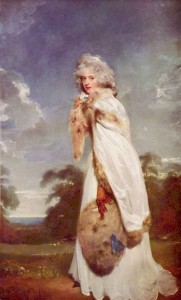 Portrait of Elizabeth Farren by Thomas Lawrence, 1790. (Click on image to see a larger version and read to more about it.)