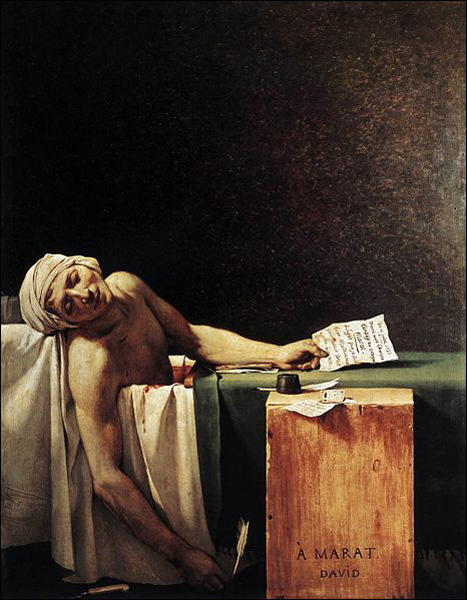 The Death of Marat by Jacques-Louis David.

The Death of Marat
by Jacques-Louis David.
David was a close friend of Marat, as well as a strong supporter of Robespierre and the Jacobins. Determined to memorialize his friend, David not only organized for him a lavish funeral, but painted his portrait soon afterwards. Despite the haste in which it was painted, it is generally considered to be David’s best work, a definite step towards modernity, and an inspired political statement.