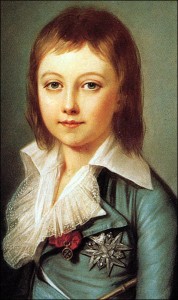 Portrait of Dauphin Louis-Charles of France by Alexander Kucharsky, 1792. (Click on image to see a larger version.) 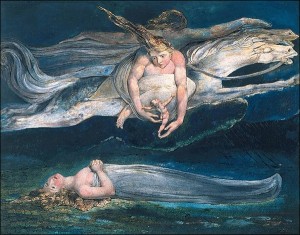 Pity by William Blake, a monotype print finished in ink and watercolor. (Click on image to see a larger version.)