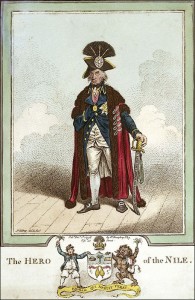 Nelson as Hero of the Nile in a caricature by Gilray. (Click on image to see a larger version.) 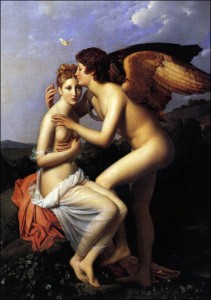 Cupid and Psyche by François Gérard.