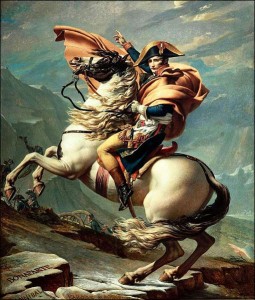 Napoleon Crossing the Alps by Jacques-Louis David. (Click on image to read more about it and to see a larger version.) 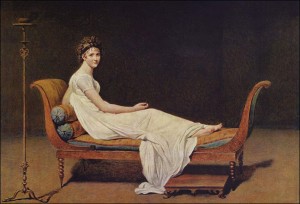 Portrait of Madame Recamier by Jacques Louis David. (Click on image to see a larger version and to read more about it.)