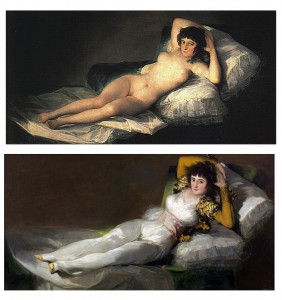 The Nude Maja, c1800.The Clothed Maja, 1803
both by Francisco de Goya.(Click on the image to read more about the paintings and to see larger versions.)