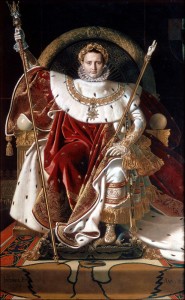 Napoleon on his Imperial Throne by Jean Auguste Dominique Ingres. (Click on image to see a larger version.) 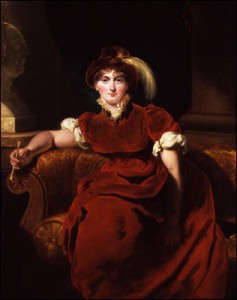 Caroline Princess of Wales by Thomas Lawrence. (Click on image to see a larger version.)