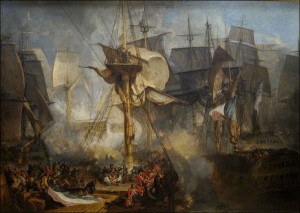 The Battle of Trafalgar, as Seen from the Mizen Starboard Shrouds of the Victory by J.M.W. Turner. (Click on image to see a larger version.) 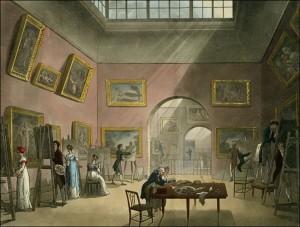 The British Institution from Ackermann’s Microcosm of London. (Click on image to see a larger version.)