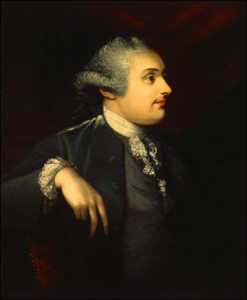 3rd Duke of Portland by Matthew Pratt. (Click on image to see a larger version.) 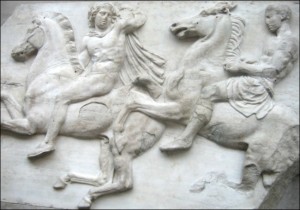 Horseman from the west frieze of the Parthenon, part of the “Elgin Marbles.” (Click on image to read more about the marbles.) 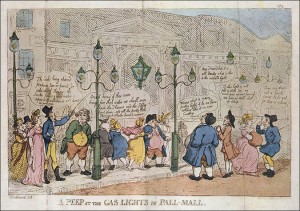 “A Peep at the Gaslights in Pall Mall” engraved by Thomas Rowlandson after a drawing by George Woodward. (Click on image to see a larger version.)