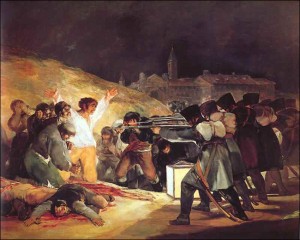 The Third of May 1808: The Execution of the Defenders of Madrid by Francisco Goya, 1814. (Click on image to see a larger version and to read more about it.)