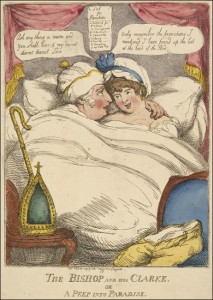 The Bishop and His Clarke or a Peep Into Paradise by Thomas Rowlandson, 1809.
The Duke of York (who also held the title Bishop of Osnabrück) is lampooned for succumbing to the demands of his mistress, Mary Anne Clarke. He says: “Ask anything in reason and you shall have it my dearest dearest dearest love.” She says: “Only remember the promotions I mentioned. I have pinned up the list at the head of the bed.” 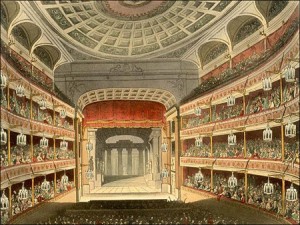