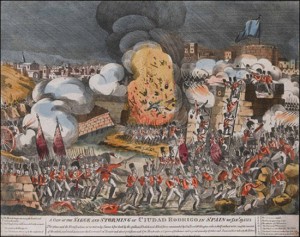 A View of the Siege and Storming of Ciudad Rodrigo in Spain on Jany. 19, 1812 – contemporary print by an unknown artist. (click on image to see a larger version.) 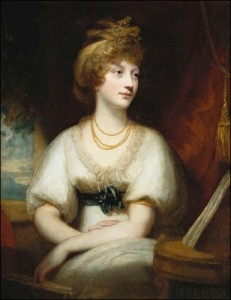 Princess Amelia by William Beechy. (Click on image to see a larger version.) She was George III’s youngest and favorite daughter. His grief over her death in 1810 at age 27 is believed to have brought on his final bout of madness. 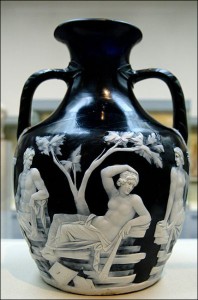 The Portland Vase. (Click on image to see a larger version.)
The first century BC Roman cameo glass vase served as an inspiration to many glass and porcelain makers, especially Josiah Wedgwood, since it was first brought to England by Sir William Hamilton in 1784.