Candice’s novella Fate Strikes a Bargain is set in 1816. 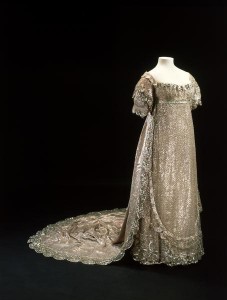 Princess Charlotte’s Wedding Dress at the Museum of London. (Click on image to see a larger version.) 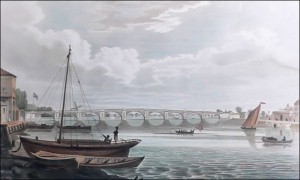 Vauxhall Bridge shortly after it opened in 1816. Artist unknown. (Click on image to see a larger version.)