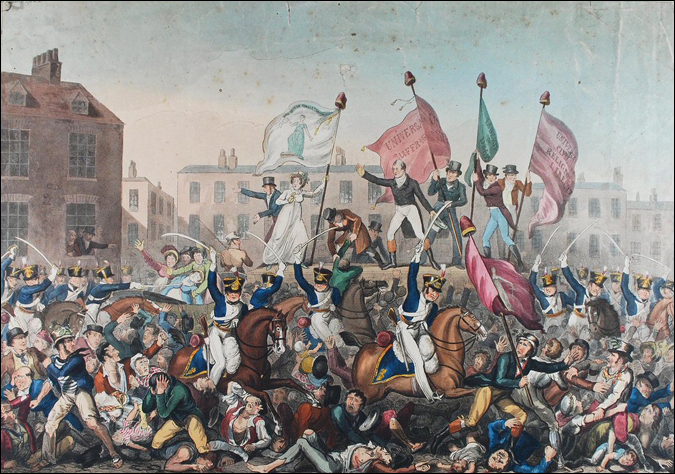 This print was published by Richard Carlile shortly after the massacre. In the dedication he says: “To Henry Hunt, Esq., as chairman of the meeting assembled in St. Peter’s Field, Manchester, sixteenth day of August, 1819, and to the female Reformers of Manchester and the adjacent towns who were exposed to and suffered from the wanton and fiendish attack made on them by that brutal armed force, the Manchester and Cheshire Yeomanry Cavalry, this plate is dedicated by their fellow labourer, Richard Carlile.”