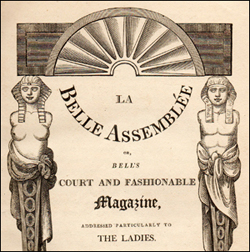 “A gentleman lately died in London, who had attained the advanced age of 85. Some years ago he entered the holy state of matrimony with a young lady, with whom he made the following singular agreement: He gave her to understand that she would have nothing to expect at his death, but that as long as he lived, her allowance should increase with his years. The experiment succeeded admirably, as it thus became the interest of the wife to take every care of him. Let old men similarly disposed take the hint.”

This article is featured in: Death & Dying, Tales From the Regency Tabloids