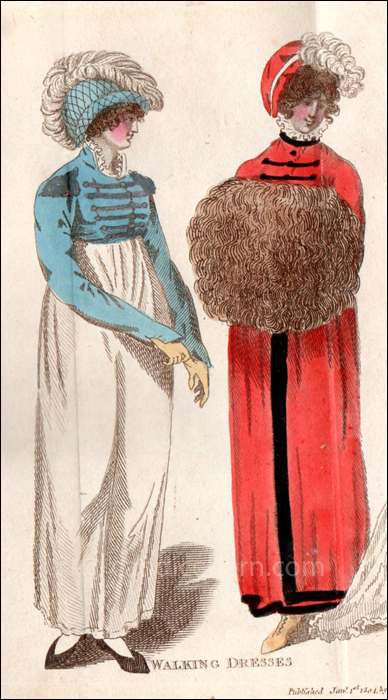 This is only half of a larger fold-out print that included two other dresses – a morning dress and an evening dress. (You can see the line of the fold in the figure on the right.)The two walking dresses are described as follows:

The Lady’s Monthly Museum was a small, inexpensive magazine, and though the fashion prints are charming, they are not nearly as fine as those in other more upscale magazines.”