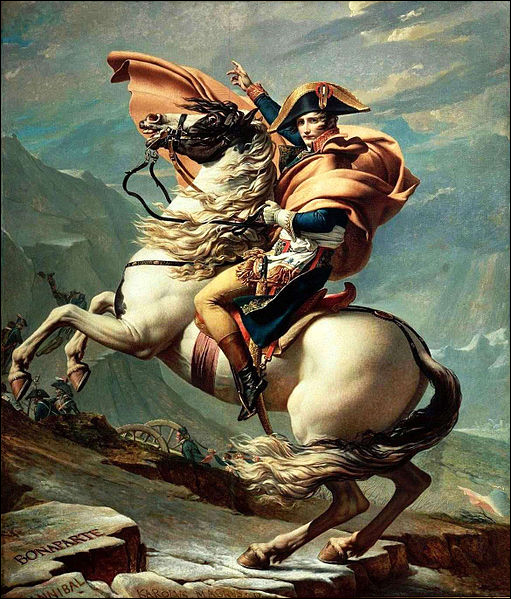 This is the first of 5 versions of this portrait by David painted between 1800 and 1805.

The installation of Napoleon as First Consul along with the French victory in Italy allowed for a rapprochement with Charles IV of Spain. While talks were underway to re-establish diplomatic relations, a traditional exchange of gifts took place. Charles received Versailles-manufactured pistols, dresses from the best Parisian dressmakers, jewels for the queen, and a fine set of armor for the newly reappointed Prime Minister, Manuel Godoy. In return Napoleon was offered sixteen Spanish horses from the royal stables, portraits of the king and queen by Goya, and the portrait that was to be commissioned from David. The French ambassador to Spain, Charles-Jean-Marie Alquier, requested the original painting from David on Charles’ behalf. The portrait was to hang in the Royal Palace of Madrid as a token of the new relationship between the two countries. David, who had been an ardent supporter of the Revolution but had transferred his fervor to the new Consulate, was eager to undertake the commission.

On learning of the request, Bonaparte instructed David to produce three further versions: one for the Château de Saint-Cloud, one for the library of Les Invalides, and a third for the palace of the Cisalpine Republic in Milan. A fifth version was produced by David and remained in various of his workshops until his death.