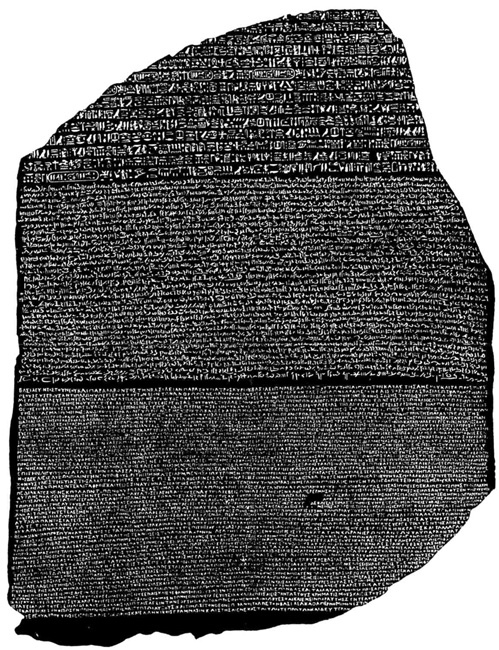 The Ptolemaic stela includes three translations of a single passage: in hieroglyphics, Demotic, and Greek. It was ultimately the key to understanding the previously undecipherable ancient hieroglyphic language. French scholar Jean-François Champollion is credited with the first translation in 1822. The stone has been on display at the British Museum since 1802.