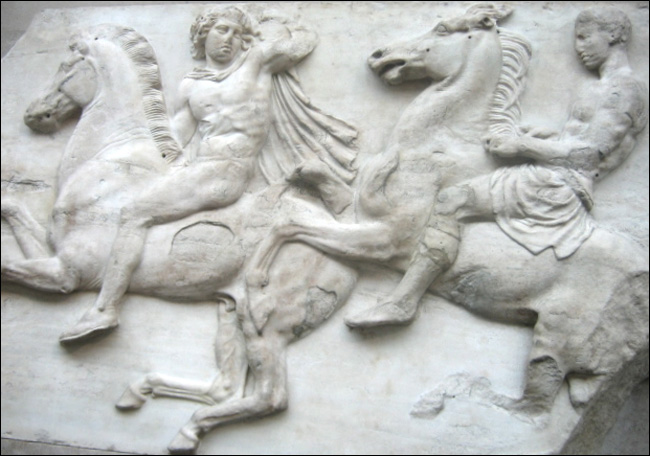 Horseman from the west frieze of the Parthenon, part of the “Elgin Marbles.”

Horseman from the west frieze of the Parthenon, part of the “Elgin Marbles” brought to England by Lord Elgin between 1801 and 1812. They were first displayed in 1807 in a special shed built by Lord Elgin at a house he rented on Park Lane. In 1811 the Duke of Devonshure agreed to house them at Burlington House. Elgin was finally able to sell them to the British Museum in 1816. From their first exhibition in 1807, the sculptures drew enormous interest. Artists and poets praised them, but others, like Lord Byron, denounced Elgin as a vandal and thought the sculptures should have remained in situ. Many still agree with him, and there is an ongoing debate between the Greek government and the British Museum about the rightful disposition of the sculptures.