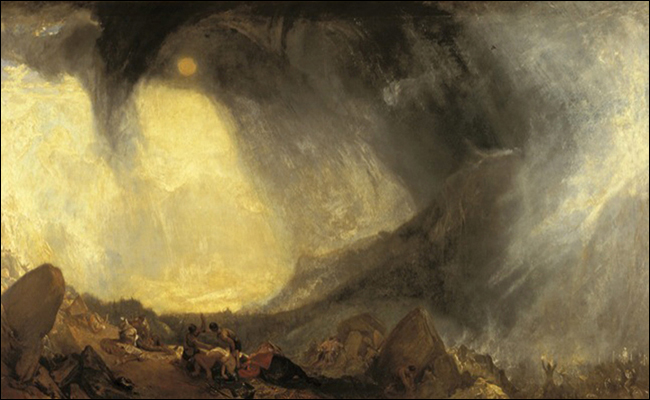 Snow Storm: Hannibal and His Army Crossing the Alps by J.M.W. Turner, 1812.

The painting was popular with contemporary viewers not only for its revolutionary atmospheric effects and its vision of the destructive power of nature, but also because it suggested a parallel between Hannibal and Napoleon, who had crossed the Alps to invade Italy in 1797 — thus giving hope that Napoleon, too, would eventually be defeated.