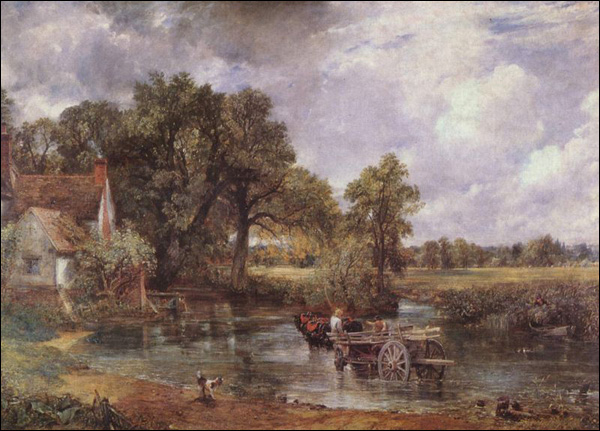 The Hay Wain by John Constable.

It is revered today as one of the greatest British paintings of the 19th century, but when it was originally exhibited at the Royal Academy it failed to find a buyer. It was better received in France, where it caused a sensation when it was exhibited with other works by Constable at the 1824 Paris Salon. It was singled out for a gold medal awarded by King Charles X of France.