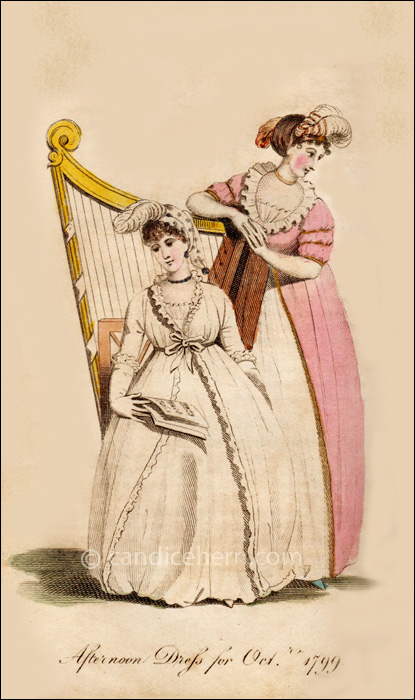 This magazine began publication in 1798, and had a conservative “keep women in their place” editorial slant. Though each issue included 1-2 fashion prints, there was little space given to discussion of fashion — only short descriptions of the prints and no more (though the descriptions did become more detailed toward the end of the Regency). One can assume that fashion was considered too frivolous a topic for this serious little magazine.

The prints in the early years were somewhat crude, though they did include metallic silver and gold paint on certain prints. In this print, the seated lady has silver spots on her cap (which is almost impossible to see here online, but in person, the spots are quite shiny).

You can see that skirts were still somewhat full at the end of the century, that fullness mostly created through gathers at the back of the dress.

The print is described  in the magazine as follows: