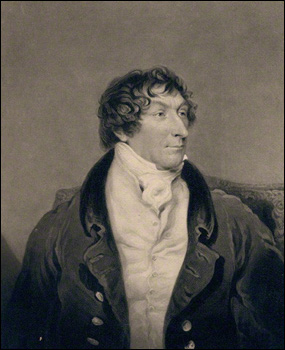 John Jackson was the bare-knuckle boxing champion of England in 1795, and retired to open a boxing club in London. The club on Bond Street, next door to Angelo’s Fencing Academy, was a favorite haunt of Regency sportsmen, where it was an honor to spar with Gentleman Jackson himself. He was a popular sports celebrity whose gentlemanly manners and dress endeared him to the aristocracy. For George IV’s coronation, Jackson was recruited to assemble guards to keep order, and he gathered a group of eighteen prize fighters whose size and intimidating looks helped to keep the crowds in line.

This article is featured in: Regency People, The Sporting Life