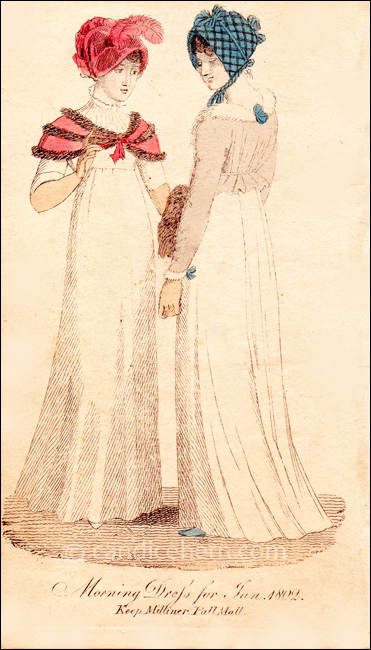 “1. A crimson velvet bonnet, with a crimson feather. A tippet of crimson velvet, trimmed with balck fur. A chemise handkerchief, with a frill. A palin gown. Crimson shoes; York tanned gloves; and bear-skin muff.
“2. A bonnet of balck and blue velvet, with ribbands of the same colours. A lead-coloured silk spencer, trimmed with white fur, and ribbands to suit the bonnet. A plain gown. Yorked tanned gloves; and blue or black shoes.”