A new Pocket Plan of LONDON WESTMINSTER and SOUTHWARK, with all the Adjacent Buildings. Also a correct List of upwards of 300 Hackney Coach Fares. 1799. 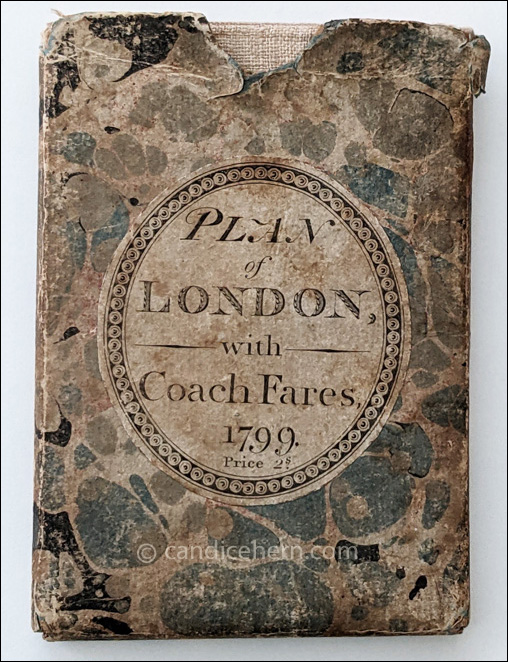 This map of London is folded and held in a cardboard slipcase  of marbled paper. The map inside measures 21 ¼” x 14 ½”. The case measures 5 ½” x 4″. The map folds to fit the case, and some previous owner (or perhaps the original seller) backed the map with linen so that it wouldn’t fall apart after much folding and unfolding.

The publishers, William Darton and Joseph Harvey, were Quakers who specialized in Quaker works, especially for children. Darton appears to have also been a cartographer as many extant maps are attributed to him. Encased folded maps of London were quite popular beginning in the last quarter of the 18th century, published by various well-known map-makers, including Cary, Peterson, and Bowles. 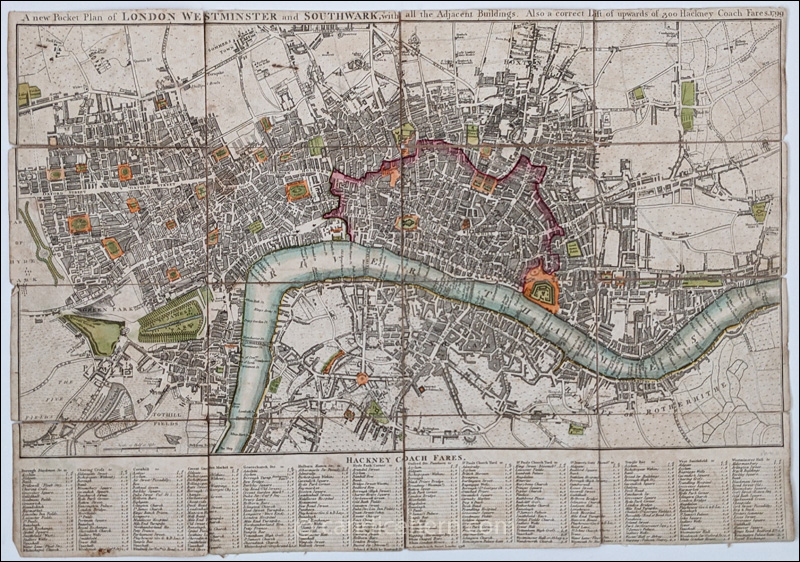 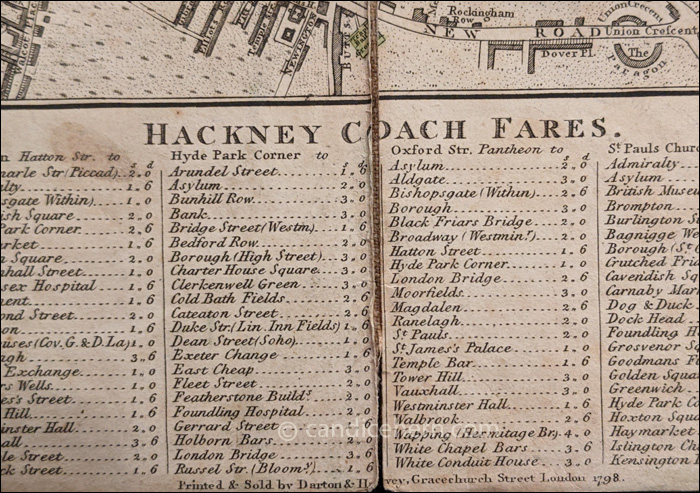 Apparently London map-makers were encouraged to include fixed Hackney rates, and sometimes watermen rates, as both groups were known to overcharge. The fares shown are not inexpensive. Two shillings in 1799 is worth approximately 20 pounds in today’s money. Taking a hackney coach was, therefore, something only the reasonably affluent could afford.

The coloring was part of the original map and not added later, as other extant examples of this map show the same coloring. The City is outlined in red, squares and the Tower in orange, and parks in green. 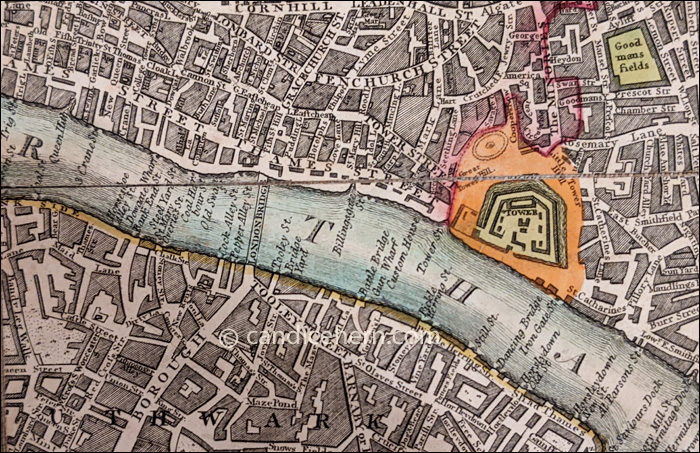 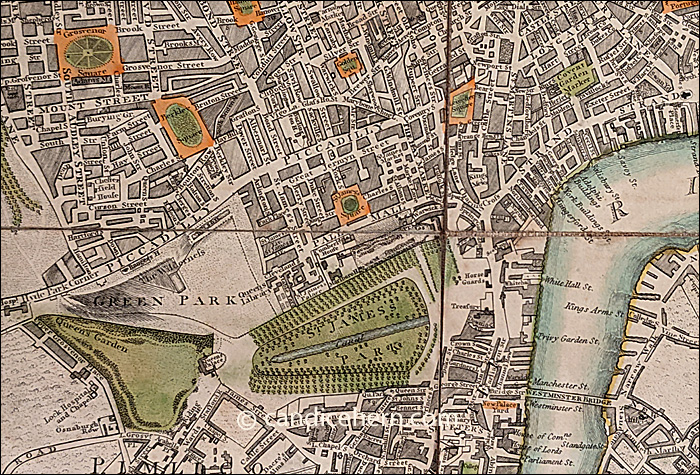 This article is featured in: Regency Collections ~ Within Collections: Various Oddments