During the 17th, 18th, and 19th centuries, young affluent men traveled through Europe on what was known as the Grand Tour. The focus of their travels was primarily Italy and Greece, ostensibly to further their education in classic art and culture, but mostly as an excuse to have a grand time. Along with Old Master paintings, many came home with classical sculptures to adorn their gardens and homes.

The Grand Tour offered another very popular type of travel souvenir: cameos and intaglios. The taste for these engraved antique gems saw renewed popularity in the late18th century as part of the classical revival, and later during the Regency period, they began to be reproduced as miniature plaster casts, or cameos. 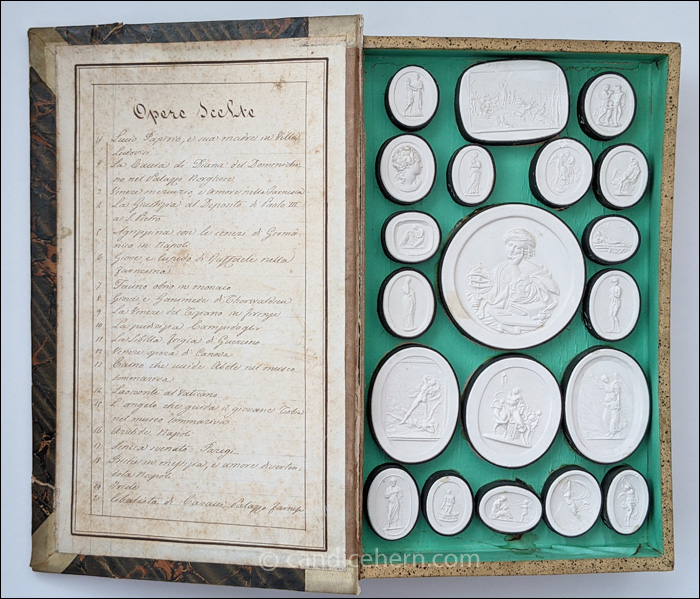 These casts depicted famous works of art (sculptures, portrait busts, paintings, and architecture), from ancient time up to contemporary neoclassicists such as Antonio Canova, all found in the collections of various European museums. Plaster cameo sets afforded the traveler the opportunity to bring back miniature replicas of all the art masterpieces he experienced while in Italy, as a sort of visual aide-mémoires. 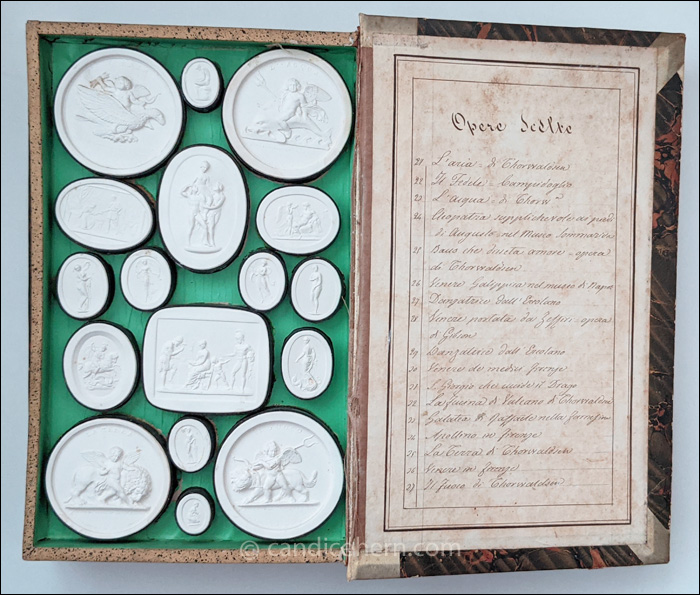 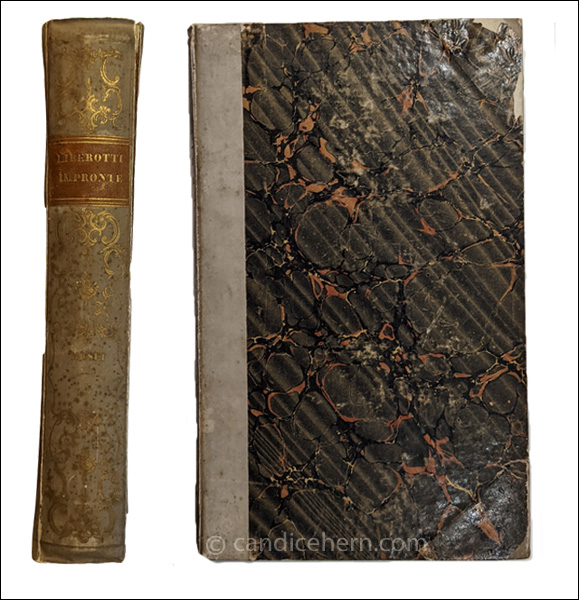 This example, c1820, is Number 3 of a set of 18 “books” made by master gem carver Giovanni Liberotti in Rome, who specialized in making these souvenirs. He carved the intaglios from which the plaster cameos were made. His skill in capturing the essence and detail of the larger masterpieces in such miniature intaglios is impressive. Liberotti had initially been commissioned to make these impressions based on gems in the collection of Giovanni Battista Sommariva, a noted art patron and collector. Later Liberotti and other competitors would market the boxed sets in Rome to eager tourists. 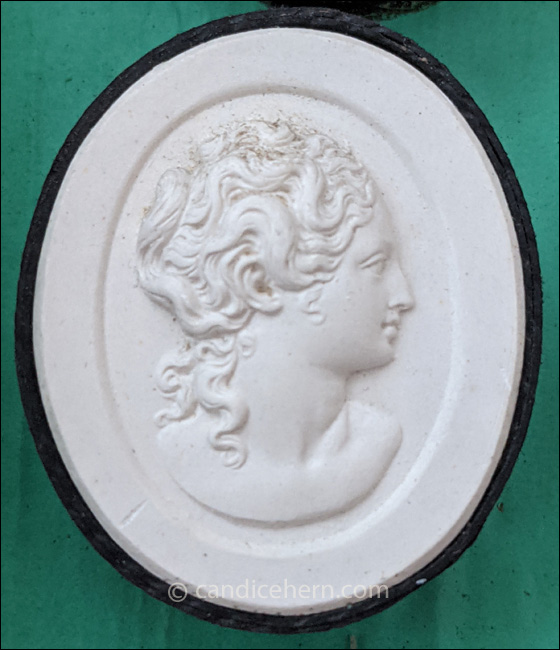 Head of Justice, after the sculpture by Guglielmo della Porta.

This set includes 37 cameos of classical scenes and figures, and a few contemporary works by Thorvaldsen, bound in a book-like box entitled Liberotti Impronte. The Italian word “impronte” on the spines of the boxes (meaning  “impression”), refers specifically to plaster casts, as opposed to actual shell cameos.

The cameos are small. The largest measures just over 2 ½” tall, and the smallest are about 1″ tall (or wide).

A hand-written inventory, or “selected works” (Opere Scelte), is attached on the interior of the front and back covers. 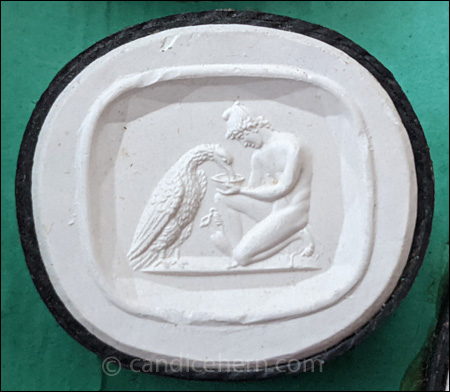 Ganymede and the Eagle, after the sculpture by Thorvaldsen.

Goethe apparently owned many thousands of such casts, and told his correspondents years later that no greater treasure could be brought back from Rome. 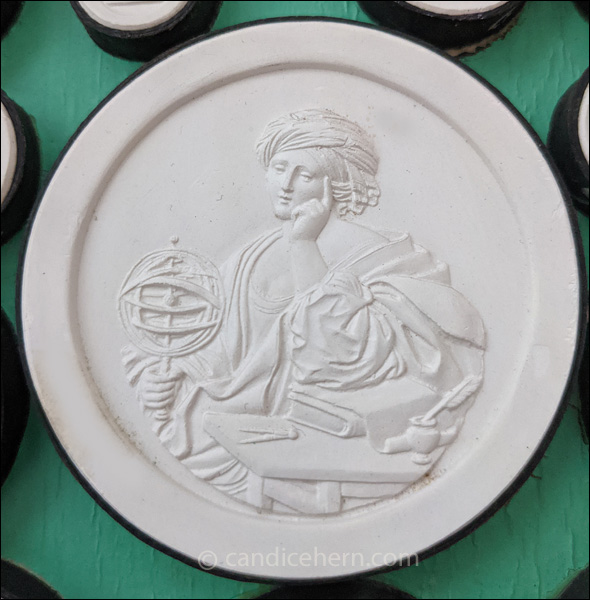 The Phrygian Sybil, after the painting by Guercino. 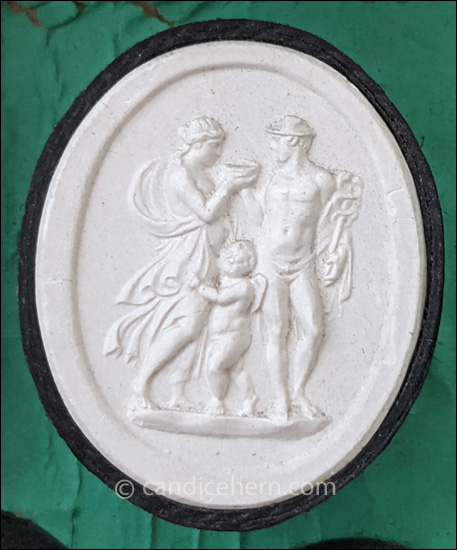 Venus and Mercury with Cupid, after after a sculpture from antiquity. 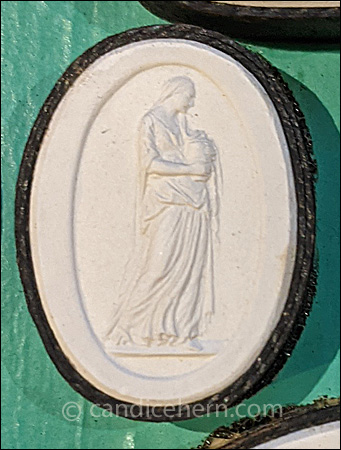 Agrippina with the Ashes of Germanicus, after a sculpture from antiquity. 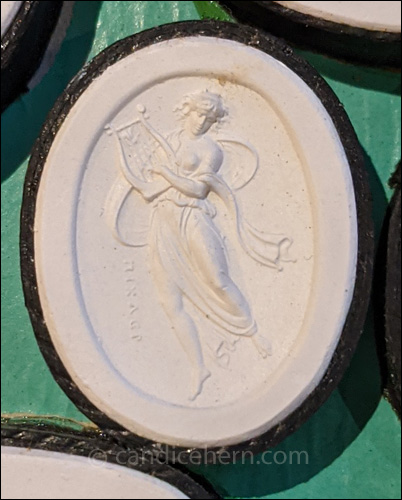 Dancer with Lyre, after a fresco from Herculaneum. 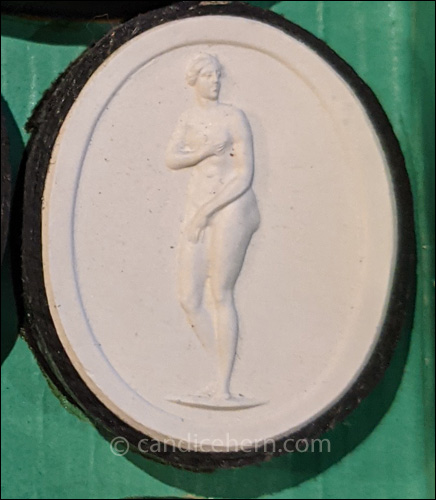 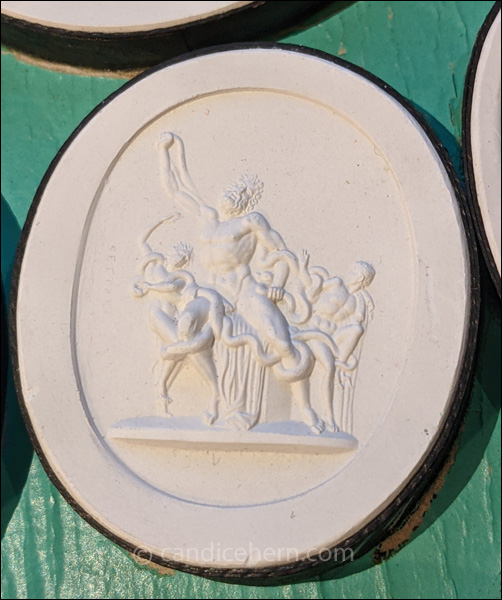 Laocoön, after a sculpture from antiquity.

This article is featured in: Regency Collections ~ Within Collections: Various Oddments