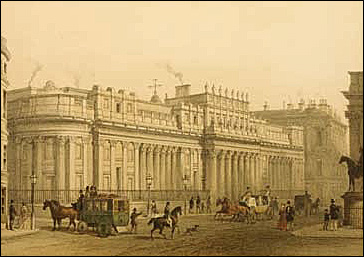 The Bank of England moved to larger premises in Threadneedle Street in 1734 and continued to expand on that site for the next 100 years, eventually occupying over 3½ acres. Regency architect Sir John Soane served as the Bank’s architect from 1788 to 1833. His external wall was completed in 1828 and remained intact for 100 years. The print shown here, “The Bank of England,” was produced in 1828, documenting the completion of Soane’s outer wall.

Between 1925 and 1939, Soane’s Bank was demolished, leaving only the lower part of his external wall, which can still be seen at ground level on Threadneedle Street. 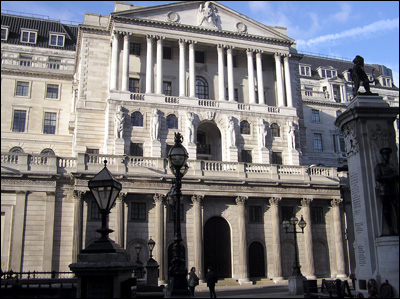