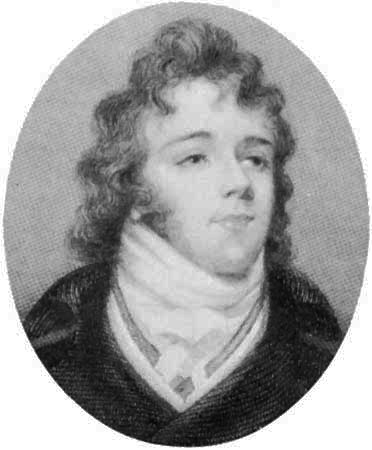 George Bryan Brummell, known as the Beau, was the most important arbiter of fashion during the Regency. He rose to the highest levels of society despite an unimpressive ancestry (his grandfather had been a shopkeeper, his father a private secretary to Lord North) through his good looks, impeccable style, keen wit, and elegant manners. He became a friend of the Prince of Wales when still a teenager, and was only 16 when he stood up with the prince at his disastrous wedding to Caroline of Brunswick.  He was the leader of the dandy set, establishing the style in men’s fashion for understated elegance and beautiful tailoring. Arrogance and reckless extravagance led to his downfall. He had fallen out of favor with the prince by 1813, and fled England in 1816 when his debts became too large. He settled in France, first in Calais then in Caen, where he died destitute and demented in an asylum, a victim of syphilis.