Fashions of London and Paris, March 1799. 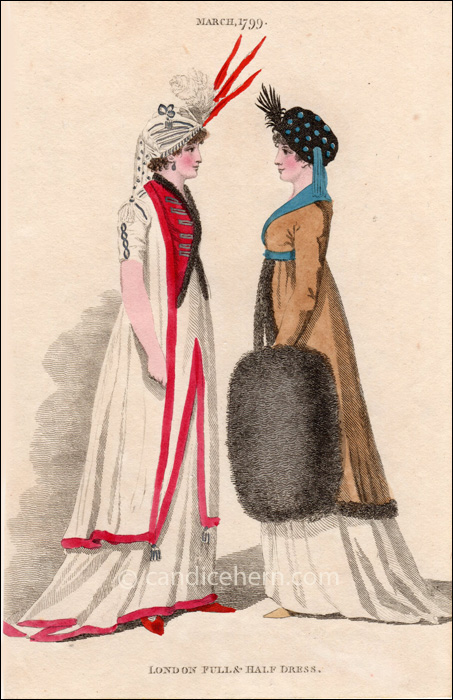 Though it is difficult to see online, all the silver trimming on the full dress on the left is painted in bright silver metallic paint.

This magazine was short on descriptions, and I wish there was more detail about the full dress. The red “waistcoat” is an unusual garment, and that term is seldom used for women’s wear. The “robe” is the three-quarter length garment trimmed in red. It could be sleeveless, but it is difficult to tell if the sleeves belong to the robe or the underdress. The long underdress is also trimmed in red, and what appears to be a three-quarter length tunic is worn over it. Such a complicated garment deserves more description.

The print is described is the magazine as follows”

This article is featured in: Regency Collections ~ Within Collections: Fashion Prints, Half Dress, Full Dress