Fashions of London and Paris, July 1799. 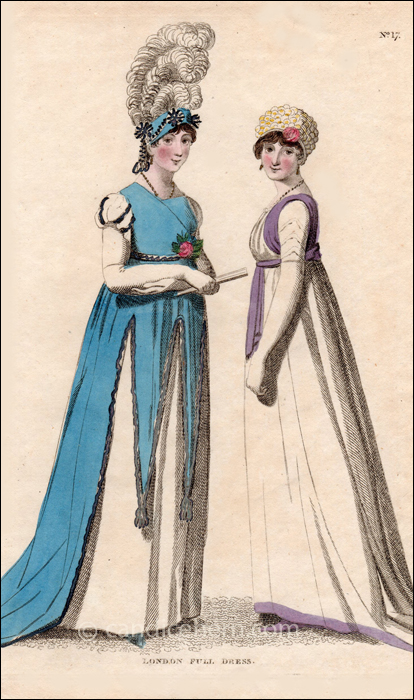 The figure on the left is described as wearing a blue dress. Since that is the most prominent outer piece of the garment, it was termed the dress. The white garment beneath was an under-dress. The sleeves, trimmed in silver, appear to be a part of the under-dress.

The figure on the right is described as wearing a lilac corset. At this time, the undergarment we know as a corset was referred to as stays. Here, the corset resembles a short jacket with long ties that are knotted in the front.

“Fig. 2  Cap of white rose leaves, ornamented with a red rose. White muslin round dress, with lilac corset crossed behind and tied before.”

“LeBrun” refers to the modiste Madame LeBrun, who had a salon in Berkeley Square.