“Full Dress of a Gentleman.” 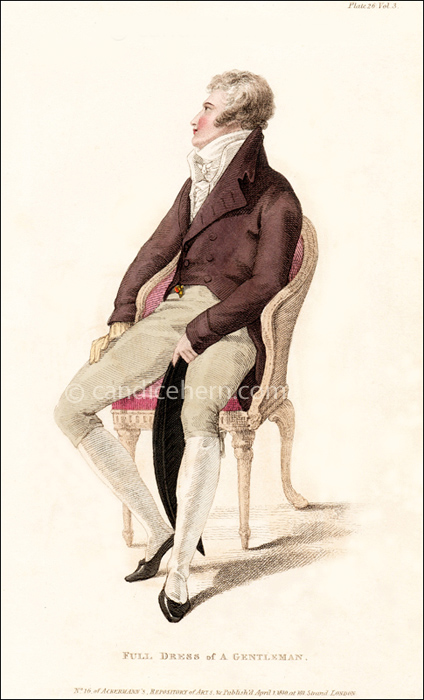 As far as I know, this is the only fashion print of a gentleman ever published in the Repository of Arts. I’ve never seen another. Despite his rather slouchy posture, this fellow always seems rather handsome to me. Maybe because he’s such a rarity!

The odd-looking black thing he is holding is a chapeau bras, a black bicorn hat that was carried, for full and court dress, but almost never worn.

This note follows in the magazine, though there is no corresponding print: