Fashions of London and Paris, December 1802. 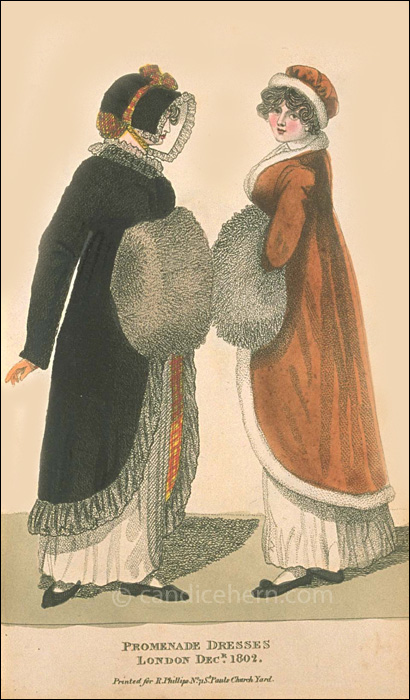 Though these pelisses are somewhat similar, at least in shape and drape, this print demonstrates how the many styles of hat available in this period could change the entire look of an ensemble. The bonnet on the left appears to be a capote, ie a crown of fabric and a brim of covered straw or other stiffened material. This brim obscures the face in profile, giving the ensemble a more severe aspect. The brimless swansdown-trimmed cap on the right frames the face in a more open and youthful style.

“LeBrun” refers to the modiste Madame LeBrun, who had a salon in Berkeley Square.