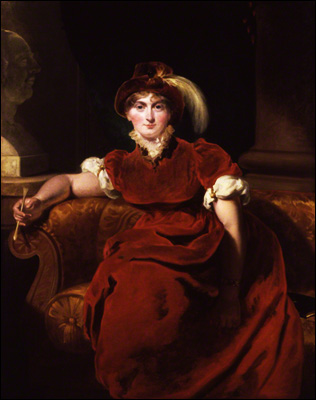 Caroline of Brunswick was the first cousin and troublesome wife of the Prince of Wales. Theirs was, of course, an arranged marriage, and the prince hated her on sight. They each found the other unattractive and are reputed to have spent only two nights together, during which they conceived a daughter, and never slept together again. There was much scandal about Caroline’s purported infidelities, including an investigation into whether a young boy living with her was her illegitimate son. It was never proven, and both she and the prince continued to openly flaunt their love affairs. Caroline left England in 1814, living abroad and behaving as she pleased with whom she pleased. When her husband finally became king, she returned to England, only to face an ugly parliamentary proceeding to strip her of her crown and dissolve her marriage. She was barred from attending her husband’s coronation and died 3 weeks later.