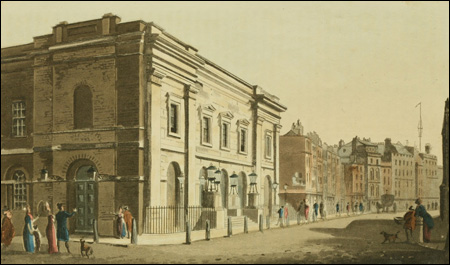 One of the two most important theatres during the Regency, and the oldest in London, Drury Lane was founded in 1663 under a charter granted by Charles II. It was known as Theatre Royal, Drury Lane. The first theatre was destroyed by fire in 1672. The second on the same site was designed by Sir Christopher Wren in 1674, and it was rebuilt and expanded by Henry Holland in 1794. In 1809, this building also burned down, and was re-built by Benjamin Wyatt and re-opened in 1812. The image above shows the new theatre in 1812, from Ackermann’s Repository of Arts.  It still stands today. 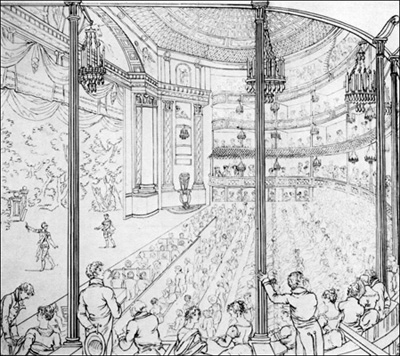 The drawing at right shows the interior of the new theatre in 1813.

Drury Lane was one of only two theatre companies (the other being that of Covent Garden) to own letters patent that granted them the right to present public performances of legitimate drama (meaning spoken plays, rather than operas or dance concerts or other plays with music). Playwright and statesman Richard Brinsley Sheriden owned the theatre from 1776 to 1809. After the re-opening in 1812, the theatre continued to suffer financial losses, and eventually all the assets were sold to actor Robert Ellison. He could not turn a profit, either, and was forced into bankruptcy in 1826. Thereafter, the theatre changed hands many times over. It is currently owned by composer Andrew Lloyd-Webber. 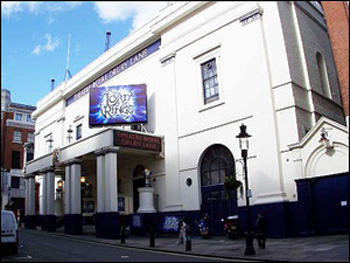