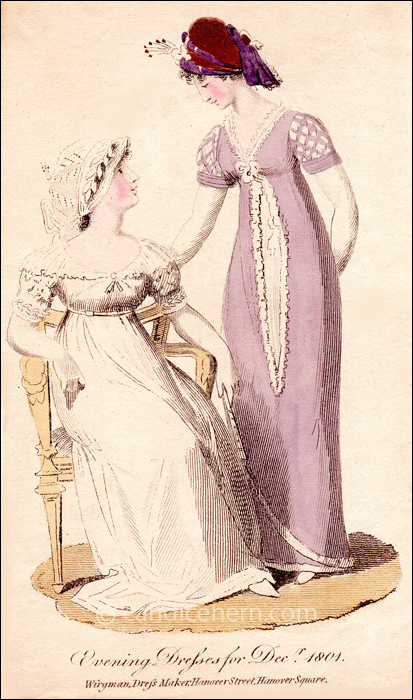 The early years of this magazine included original prints, but they are somewhat clumsy in execution. Within a few years, their prints are copied from other magazines, both French and British, and those copies are more elegantly rendered. But this was an inexpensive little magazine, and the hand-colored prints were never as beautifully engraved and colored as those in its more expensive competitors.

I have to say that the headdress on the left composed of scarlet and purple is a rather bold and wonderful fashion statement.