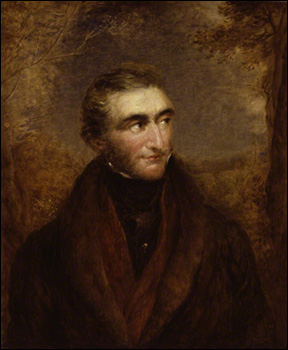 A Romantic painter and watercolorist, Joseph Mallord William Turner can be said to have paved the way for Impressionism with his unique style of painting. He was accepted into the Royal Academy at the age of 14. One of his watercolors was accepted for exhibit a year later in 1790, and his first oil painting was exhibited in 1796. He thereafter exhibited at every annual Royal Academy exhibition for the rest of his life. Turner was eccentric and given to bouts of depression. But his work was recognized for its genius from the beginning of his career. Innovative, bold, and passionate, his work inspired the art critic John Ruskin to describe Turner as the artist who could most “stirringly and truthfully measure the moods of Nature.” His distinctive style of painting, in which he used watercolor technique with  oil paints, created lightness, fluency, and ephemeral atmospheric effects. It has been suggested that the high levels of ash in the atmosphere during the  1816 “Year Without a Summer,” which led to unusually spectacular sunsets during this period, were an inspiration for some of Turner’s work. He is often called “the painter of light.” His paintings show a savage grandeur, a natural world unmastered by man, evidence of the power of God  — a theme that Romantic artists and poets were exploring in the late 18th and early 19th centuries.  The significance of light was to Turner the emanation of God’s spirit and this  was why he refined the subject matter of his later paintings by leaving out  solid objects and detail altogether, concentrating on the play of light on water, the  radiance of skies and fires. Although these late paintings appear to be  “impressionistic” and therefore a forerunner of the French school, Turner was  striving for expression of spirituality in the world rather than delivering an impression of optical phenomena.

Adam was a patron of Turner in Candice’s book In the Thrill of the Night.