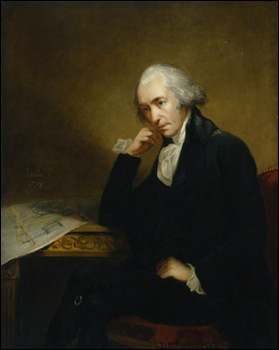 A Scottish inventor and engineer, Watt developed improvements for the steam engine, changing it into a source of power that changed the world and brought about the Industrial Revolution. The new steam engine meant that factories were no longer  dependent on water power, and therefore could work the year round, and could be located almost  anywhere. Higher efficiency engines ultimately led to a revolution in transportation: the steamboat and the locomotive. Watt was said to be a great conversationalist and was much sought after as a dinner guest.