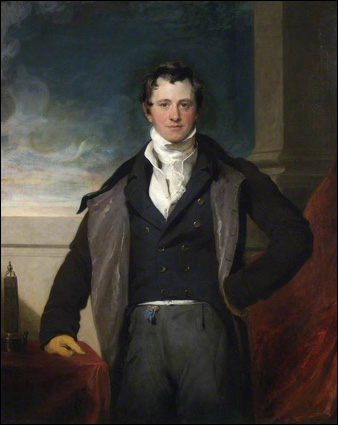 An important chemist and physicist, Davy became well known due to his experiments with the physiological action of  various gases, including laughing gas (nitrous oxide) — to which he was addicted — once stating that its properties bestowed all of the benefits of alcohol but was devoid of its flaws. In 1801 he was nominated professor at the Royal Institution of Great Britain and Fellow of the Royal Society, over which he would later preside. His public lectures on electrochemistry were popular during the Regency, often including demonstrations that caused sensitive ladies to faint from fright. He was knighted in 1812, and presented with a medal by Napoleon in 1813.