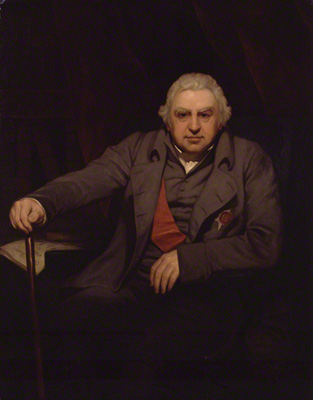 Naturalist and botanist, Banks took part in Cook’s first voyage of discovery to the South Pacific, and is credited with introducing many species of plants to the West, including the eucalyptus, mimosa, and acacia trees. He was president of the Royal Society for 41 years. Banks was an informal adviser to King George III on the Royal Botanic Gardens, Kew. He dispatched explorers and botanists to many parts of the world; through these efforts Kew Gardens became arguably the pre-eminent botanical gardens in the world, with many species being introduced to Europe through them.