Fashions of London and Paris, September 1805. 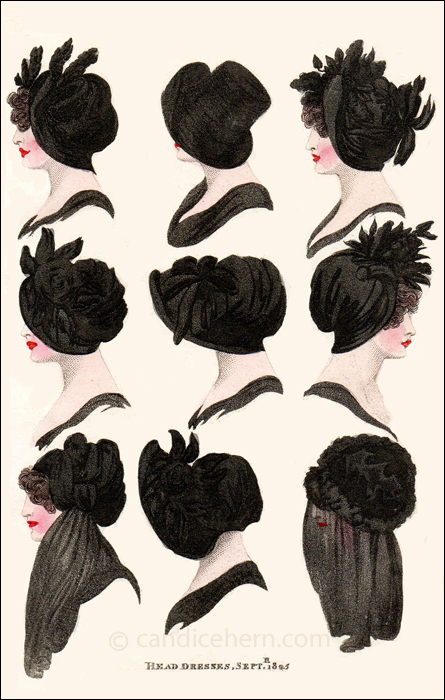 On August 25, 1805, the Duke of Gloucester,  brother of King George III, passed away. The Lord Chamberlain ordered Court Mourning to begin on September 1. The king also commanded that a General Mourning be observed throughout the realm. This print, and others of September 1805 showing mourning fashions, are in honor of the Duke’s death and not that of Lord Nelson, who died in October.

This print is especially interesting as I have only seen a handful, and only from this magazine, in which hats are presented all in black, for mourning. The print is described in the magazine as follows: