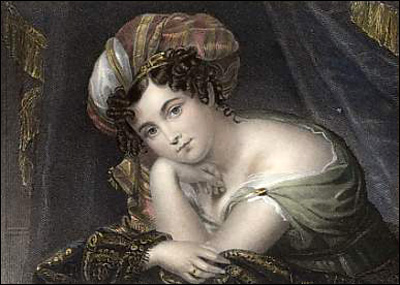 Princess Esterhazy was born Princess Theresa of Thurn and Taxis and married Prince Paul III Anton  Esterhazy, the Austrian Ambassador to England. Princess Lieven described her as “small, round, black, animated, and somewhat spiteful” and “she must at all cost be the focus of interest and general attention.”  As the youngest of the Regency-era Lady Patronesses of Almack’s, she was called by Gronow a bon enfant. Her husband was made Ambassador to the Court of St. James in 1815. Gronow’s report that she was one of Almack’s patroness in 1814 is probably an error since she is unlikely to have resided in London until 1815.