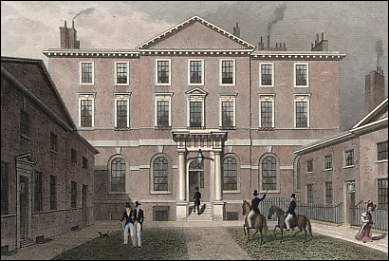 “The Albany in Piccadilly” by Thomas Hosmer Shepherd, engraved by R. Acon, published in Metropolitan Improvements; or London in the Nineteenth Century, 1827.

The Albany (more fashionably called simply “Albany”) was a favorite location for bachelor apartments during the Regency. The house was built in the 1770s for Viscount Melbourne, but was taken over in 1791 by Prince Frederick, Duke of York and Albany. When he gave up residence in 1802, it was converted by Henry Holland into 69 bachelor sets (ie sets of rooms). Lord Byron was its most famous Regency resident. In the 20th century, it was home to Georgette Heyer and Auldous Huxley. Its fictional residents include Jack Worthing from Oscar Wilde’s The Importance of Being Earnest. 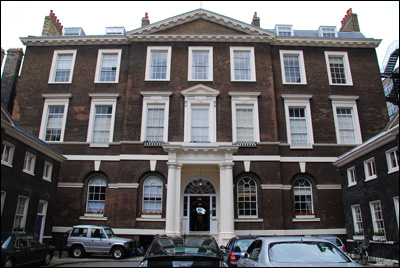