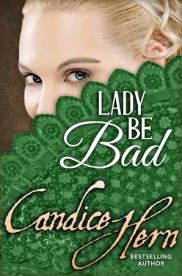 The hero of Lady Be Bad, Lord Rochdale, was introduced in the first of the Merry Widows Books, In the Thrill of the Night, as a libertine who was a close friend of the hero. He was seen again in Just One of Those Flings where his Bad Boy image was reinforced. Since I knew from the beginning that he would be the hero of the third book in the trilogy and I knew he would be paired with the most prim and proper of the Merry Widows, I tried to present him early on as something of a scoundrel through his behavior. But I also hinted at his character through his name. 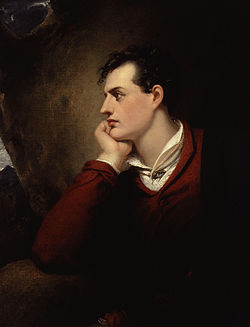 No, there is nothing about the name Rochdale that is inherently sinister. I try to use real place names for titles, and Rochdale is a real place. It’s a good-sized town up in the north, on the outskirts of Manchester. However, I didn’t choose it simply because I liked the sound of it (though I do), but because of its association with that real Regency bad boy, Lord Byron, whose full title is Baron Byron of Rochdale. Giving my hero the title Lord Rochdale was a bit of a wink-and-nod to the scandalous Regency poet.

As I understand it, though all Lord Byrons lived at Newstead Abbey in Nottinghamshire (which had been granted to the first Lord Byron’s father by Henry VIII when he dissolved all the monasteries), the title was granted as “Byron of Rochdale” because the family had long been associated with the area. The first Baron’s father, in fact, had held the office of Stewart of Manchester and Rochdale. I’m not sure why common usage of the title never devolved into Lord Rochdale, as one would expect, but instead remained Lord Byron, based on the family surname. However, if you look up the romantic poet in any reference book or dictionary, his full title is always given as 6th Lord Byron of Rochdale.

Besides the family home at Newstead Abbey, Lord Byron inherited estates at Rochdale in Lancashire, but they were tangled up in endless litigation throughout most of his life. The long-running case involved an attempt to reclaim rights to coal mines on the property that had been illegally sold by the 5th Lord Byron, the poet’s great uncle, known as the “Wicked Lord.” Byron visited Rochdale only once in his life, when he tried to escalate settlement of the long-running law suit in hopes of making money from the coal mines. Business matters bored him, however, and despite his need for funds, he did not remain at Rochdale and never returned. The litigation was finally settled in 1823, and Byron, residing in Europe, sold the Rochdale estates.

I trust I will be forgiven for usurping a title from so famous a personage, but I hoped that those readers aware of the connection might be amused.

« Read an Excerpt from Lady Be Bad