Although a fifth-generation Texan by birth, Candice spent most of her childhood in Southern California and most of her adult life in San Francisco. She now lives in Minneapolis where she has learned to appreciate four distinct seasons, though not so much the capricious and often severe Midwestern weather. It’s an adventure! 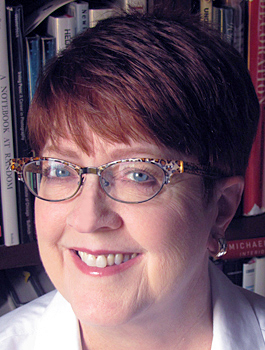 Candice has been a voracious reader all her life. For many years she had been a devotee of Jane Austen (and is an active member of the Jane Austen Society of North America), Fanny Burney, Maria Edgeworth, Susan Ferrier, and other women writers of the Regency period. When she discovered Georgette Heyer and the Regency Romance genre, she was instantly hooked. After a few years of reading Regency Romances by the bagful, she decided to try her hand at writing one.

Her first book, A Proper Companion, a traditional Regency romance, was published in January 1995. She went on to publish several more traditional short Regencies, and longer historical romances set during the Regency period. She has recently self-published much of her backlist as ebooks, as well as a few Regency short stories.. The covers of her traditional Regency ebooks utilize Regency fashion prints from her own collections. Her books have won numerous awards and some have hit the New York Times and USA today bestsellers lists. She is a sought-after speaker on Regency and Jane Austen topics, especially related to fashion.

Fashion in the Time of Jane Austen

Candice has several talks available for presentation to libraries, book groups, women’s clubs, college classes, Jane Austen organizations, and any other groups interested in the topics listed below. She would be pleased to speak at your next group meeting, conference, or library event. Contact Candice for her availability, or for topics not listed below.

What Would a Lady Carry in Her Reticule?

Ladies’ Magazines of the Regency Period

Valentines of the Regency Period

Shades, Shadows, and Profiles: Silhouettes During the Time of Jane Austen

Mourning Practices During the Time of Jane Austen

Love and Death: Sentimental Jewelry in the Time of Jane Austen

Tales From the
Regency Tabloids

“Sept. 7: Yesterday as Miss Mellon and her friend, Miss Stevenson, were driving in her chariot along Little Russell Street, Covent Garden, a coal wagon, heavily laden, came in contact with it and forced it against the paling which enclosed the ruins of Drury Lane Theatre. The situation of the ladies became very alarming, as the horses took fright, and the doors of the —