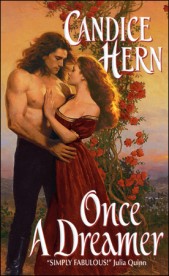 The idea for the group of stories that became the Ladies’ Fashionable Cabinet trilogy came straight out of one of my collections. Besides the individual fashion plates, as seen elsewhere on this site, I also collect bound volumes of the original ladies’ magazines in which they were printed. They’re an excellent source for period research. They also make for fascinating, and highly entertaining reading. One day as I was perusing an old volume, I began to wonder, “What if…?”

The Lady’s Monthly Museum began publication in 1798, and included a semi-regular column called The Old Woman. The author of this column offered her reflections on society, sometimes a bit gossipy without naming names, and often printed letters from readers asking for advice. The Old Woman would generally use these letters to present a moral lesson of some kind, offering wise counsel in some cases, roundly chastising the letter-writer in others. In 1808, she was replaced by The Busy Body. The tone of the new column was somewhat less ponderous, and more columns seemed to include responses to letters seeking advice of a romantic nature. A young woman, for example, compares the merits of three suitors, and asks advice on which one to encourage. A recently married young man asks how to deal with a wife who refuses to accommodate his every wish. 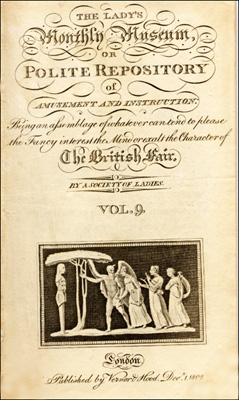 As I read through several years of The Busy Body columns, I thought what fun it would be to write a story about a woman who wrote such a column. I loved the column name and decided to steal it outright, though giving it the more modern single-word usage: Busybody. In discussing the idea with a friend, he suggested I make the Busybody a man, and Simon Westover was born.

As I began to research the story, imagine my surprise to discover that the “Society of Ladies” who published The Lady’s Monthly Museum (as indicated on the title page above) was really a group of men. Both The Old Woman and The Busy Body were most likely men. It soon became clear that the intent of the men editing the magazine was to encourage a very traditional, submissive role for women, to combat the recent interest in “women’s rights” led by Mary Wollstonecraft and others. Such liberal sentiments were thought to have led to the French Revolution, and fears that a similar revolt could happen in England led to conservative backlash that included strict anti-sedition laws and a ban on political gatherings. The editors of The Lady’s Monthly Museum were a part of that conservative effort to maintain the establishing social order.

I decided my fictional magazine, The Ladies’ Fashionable Cabinet, would be exactly the opposite, written by a group of republican women and men who set out to counteract the insidious messages buried in the essays and stories in The Lady’s Monthly Museum. And since my fictional dispenser of advice, The Busybody, required a bit of a romantic nature, I decided to make Simon Westover a true Romantic whose political idealism spilled over into matters of the heart. What better antagonist for him than a woman who does not believe in romance?

*** For another peek Behind the Scenes of Once a Dreamer, read about the type of traveling carriage used by Simon and Eleanor in Candice’s essay “Where’s the Coachman?” posted at readertoreader.com. ***

« Read an Excerpt from Once a Dreamer