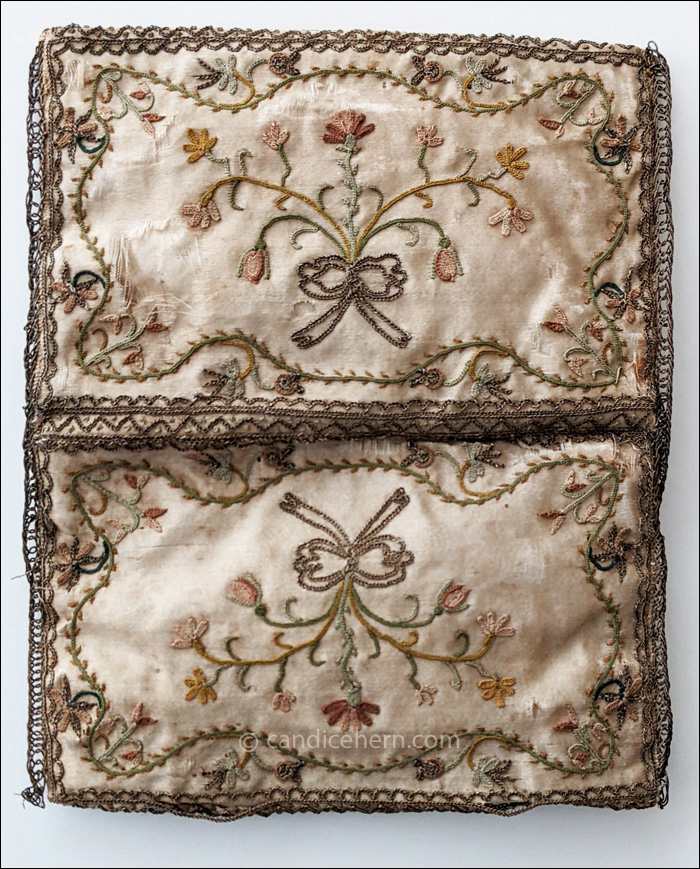 This rectangular double pocket case is made of plain-weave cream-colored silk, and embroidered with silk and silver metallic threads. When folded in half, each face shows the same design: a bouquet of various-colored flowers tied together with a bow made of silver metallic thread. The design is framed with a curvilinear floral design. The whole, on each side, is edged with a simple lace-like looped open stitch of silver thread.

Shown open, the case would have been folded in half to protect the contents. There is no clasp or other closure. 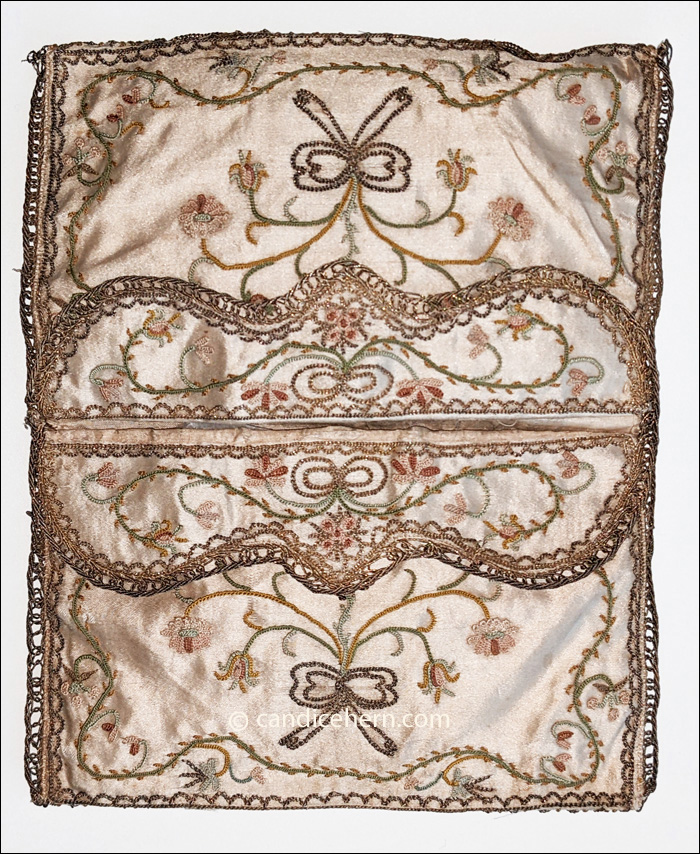 When opened, each side of the case has a pocket protected by a curved flap. Beneath each flap, the embroidered pattern is the same as that on the exterior. The flaps are embroidered in a similar pattern, slightly more elaborate, with the edges trimmed in the same silver loop design. Behind the flaps are single open pockets, and under each flap is another pocket — so, a total of four interior compartments for letters, bank notes, etc. Each pocket is lined in cream-colored silk. Unlike other similar pocket cases, neither the body nor the flaps are reinforced with cardboard to hold a shape. This is a soft case, with a bit of silk padding inside the pockets to give it structure.

The case seems to naturally fall into a closed position with the pockets inside, but it could also have been folded so that the flaps, which are quite beautifully embroidered, would have been on the outside.

This pocket case was purchased in England from a textile dealer who believed it to be English, but did not discount the possibility that it might actually be French.

Read more about Georgian pocket cases and how they were used here.

This article is featured in: Regency Collections ~ Within Collections: Purses & Reticules