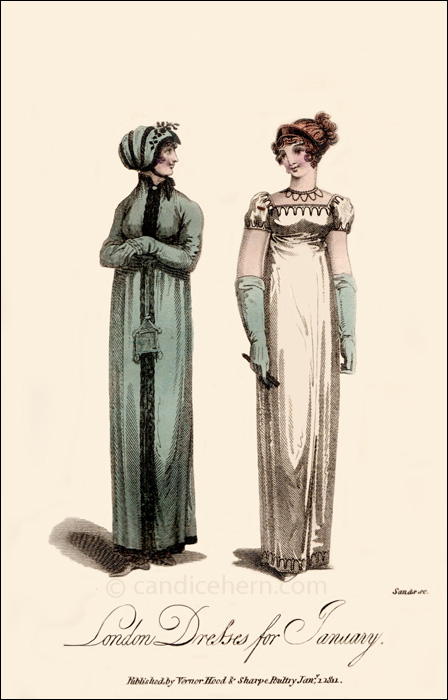 Though there is no mention of mourning in this issue of the magazine, these dresses represent half-mourning for Princess Amelia, who had died in November. The Lord Chamberlain had declared that official court mourning should last until January 11, and this issue of the magazine was published on January 1. The figure on the left is described as wearing gray, and the figure on the right is said to be wearing gray gloves. The colorist used more of a blue for this print, but when imagined as gray, the sense of half-mourning is more clear.

“Fig. 2.–A full dress of white over black sarsnet, trimmed with bugles in the form of vandykes; hair fashionably dressed with a tiara of bugles; grey kid gloves and shoes; black fan; black necklace and ear-rings.”